Teksid Aluminum is a center of excellence capable of providing its customers with the best work processes and product solutions. Cylinder heads, plinths, gearboxes and suspension components are the products made in Italian factories with top quality standards and advanced technologies.

Teksid Aluminum's recognized know-how allows them to be proactive in the stages of codesign, simultaneous engineering and product development. This is one of the strengths that allows Teksid Aluminum to achieve excellent results.

The continuous training of its staff and investments in internal resources, together with the use of the best available technologies and the high level of safety at work and hygiene allow the company to aspire to Awards in the field of World Class Manufacturing.

The company is also committed to working in line with shared principles for sustainable development.

The client has a production facility of 17,000 square meters with 53 machines. During the processing cycle these machines repeatedly require the intervention of forklifts to bring new empty containers to put the production in and take full containers to the warehouse.

The client turned to Betacom because it needed an instrument, located near the individual plants, which was able to convey to the forklift operators the requests for intervention at the individual production lines and for some of them, also indicating the type of container required.

A custom solution based on a message broker in MQTT technology was designed with the use of autonomous button panels from both a transmissive and feeding point of view.

The button panels were made with a circuit with wi-fi communication and the buttons were equipped with LEDs. They were managed by the Central Broker of the messaging system, so that it would implement the application logic of the whole system.The button panels , self-powered with a power bank to ensure their operation for a week, were equipped with a flashing button that remains on intermittently until the worker's request is taken care of by one of the forklift drivers. Once the request is taken care of, the button remains on, until it is switched off upon completion of the requested task.

The forklift drivers, with an interface constantly self-updating thanks to MQTT technology, can view the list of calls made by all the workers thanks to a tablet mounted on top of the forklift. With a simple tap on a logical button exposed by the graphic interface, they are able to signal to the pushbutton panel and other forklift drivers the status of the requests. With a second press of the same button, the conclusion of the task is signaled.

The realization of a custom solution based on a message broker in MQTT technology conveyed with the use of autonomous button panels from both a transmissive and feeding point of view.

Introduction of the logic of self-assignment calls to individual forklift drivers depending on their location, the number of calls already answered in the shift, the current status of activities.

Workers assigned to individual production lines with the use of the push-button panel located on it can signal the need for intervention by a forklift driver; for complex plants that have a production of multiple types of products the different buttons used indicate which container is required for the change at the production line. 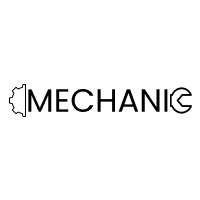 Our brand promise is simple: to provide powerful digital marketing solutions to small businesses that are looking to build success online.